The Presence of a Portrait

I went on a bit of an artistic journey this week - out of my comfort zone and into the land of portraiture. I was working from an old photograph of my wife Jo's great grandad Edward Lowndes Aldersley who died in the Somme in 1916. In studying the image, I was moved by the slightly haunted expression in the eyes which seemed to me to reflect fear, uncertainty, sadness, determination and courage, among other things. The challenge was to somehow reflect these things through accuracy and sensitivity in the handling of the pencil. As I worked, I was reminded of the privilege of being an artist, in that we have the capacity to let the Spirit flow through us, breathing life into our work. In this case, I felt Edward emerged from the paper as the drawing progressed and became somehow present. There is something about the qualities of a soft pencil and a slightly textured paper that can help to bring out the depth in a study like this and to reflect the 'otherness' of Edwards expression.

The proof of the portrait is in the reactions of those closest to Edward, of course. On receiving it as a birthday present from me and Jo, her dad (Eddie) said 'Yes, that's grandad. It sounds strange but it's like I know him through this portrait - he comes alive'. Jo was also moved by the portrait and said, 'I feel like I can reach out and touch him'. As for me, I feel like I spent a little time getting to know him this week and I felt privileged to look into the young, scared, brave eyes of a cherished family member who lost his life so that we, and those before us, might have our freedom. I only hope that my portrait does his memory justice. 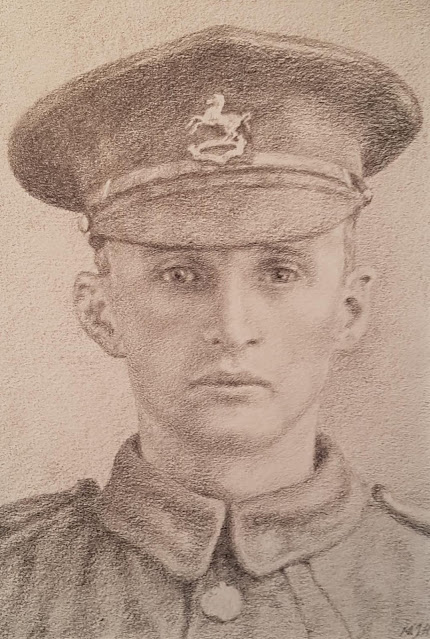 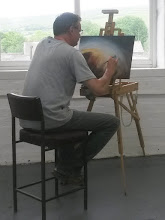